Last night I was so excited. I couldn’t sleep; butterflies going wild in my belly. Tomorrow, I thought, tomorrow will be singing, cake in the morning, gifts and a party in the afternoon! Then I remembered that it’s Igge’s birthday and not mine.

Well anyway. It was fun feeling the same anticipation as you did before your birthday when you were a kid.

Two years. Feels like yesterday, feels like a lifetime ago. Two years. Isn’t that how long an elephant is pregnant?

Don’t worry, there was a lot more Champagne.
We just had the birthday party for our wild little chipmunk and it was a success. Probably because no other children were invited. Igge had a blast though, centre of attention as always. He got a puppy (no no, not a real one), a toy kitchen which he (clever boy), doesn’t dare to play with because pans are hot, and a boat with cars in it (and now it has a Duplo helicopter on the roof aswell). Just to mention a few of the gifts he got. 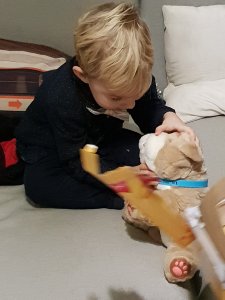 The puppy. It licks your face and wags its tail of you press the nose. Now Igge thinks all dogs work like that.

After all civilised grown ups had left Igge spent the rest of the evening playing with the inflatable number 2 balloon, which made me feel that his day could have been celebrated a lot cheaper and very effortless.

But who likes effortless? 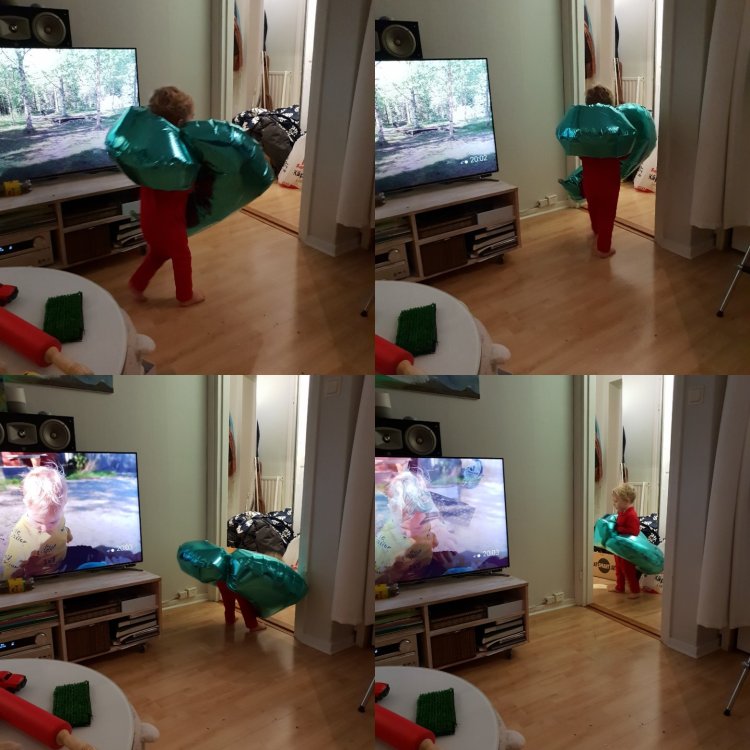 Having an after party – fashion show with his nr 2 balloon. We let it pass bedtime.